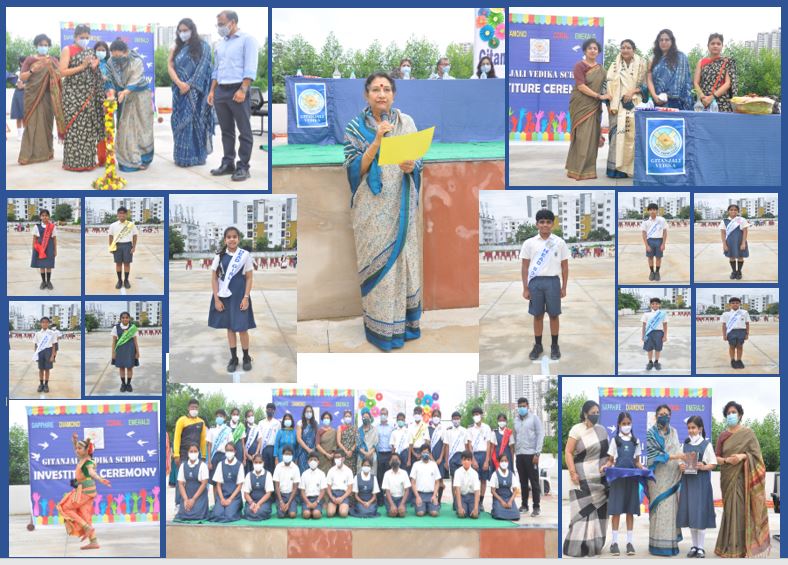 The day began with the lamp lighting ceremony and receiving the blessings of Lord Ganesha. Our Principal, Mrs. Sonia Nagpal lit a spark in the children’s heart with her touching words. The march past by our four houses was an exhilarating affair with the synchronised swing of arms and the sound of thudding feet. The School Council leaders were then invested by Mrs. Gita Karan. Emotions and pride overwhelmed all as we watched our first set of office bearers take their oath and make a promise to uphold their duties. The students were acknowledged for their hard work and won awards in academic and non-academic areas. The event ended on a brilliant note and the icing on the cake was Mrs. Gita Karan’s speech to the audience. Her words inspired awe in every person in the arena.